So much to be thankful for and inspired by!

So many current happenings in the world and stories in the mainstream media instill hopelessness, fear, and anger.

Yet, there is so much positivity happening as well.

Our inspiring campers — and the amazing things you have helped make possible through supporting them — are telling a different story.

In the months since YEA Camp, our campers have done so much to impact their schools and communities and to speak out for what’s important to them. We will be sharing much more in the coming weeks and months, but here is just a small sampling of inspiring things our campers have done. 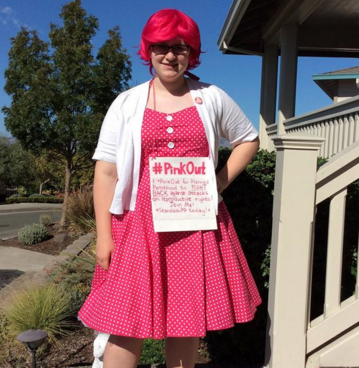 Thirteen-year-old Gaby from New York wanted to go to a march about police brutality in support of the Black Lives Matter campaign but knew she wasn’t going to be able to make it — so she did the next best thing. She leafleted about it at her school — and TWO TEACHERS AND FIVE OF HER FRIENDS went as a result of finding out about it from her! Go Gaby! 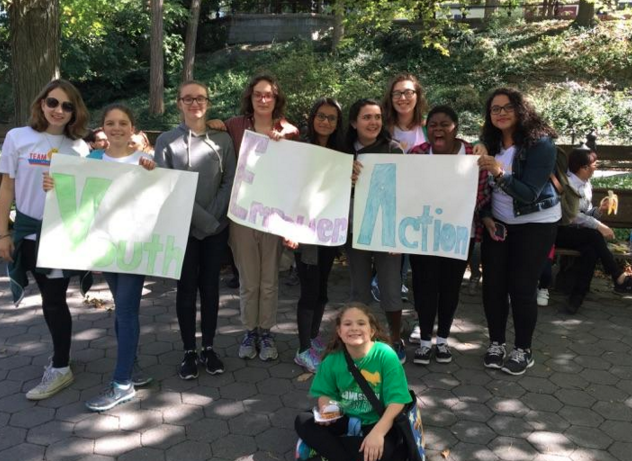 Over a dozen YEA Campers from across the country fundraised and participated in Farm Sanctuary’s Walk for Farm Animals, including this group of campers who marched for YEA Camp in New York. After the walk, the campers had a mini reunion at a neighborhood veg restaurant! Love!

Fourteen-year-old Orianna from a conservative part of California convinced a teacher at her old elementary school to let her teach a weekly class about gender and stereotypes! The class has been going great, and Orianna has been reaching out to our YEA Camp community for curriculum ideas and tips. So far, she has taught lessons about gender as depicted by the media, which toys are meant for boys or girls and why, privilege, and more. Amazing! Go Orianna! 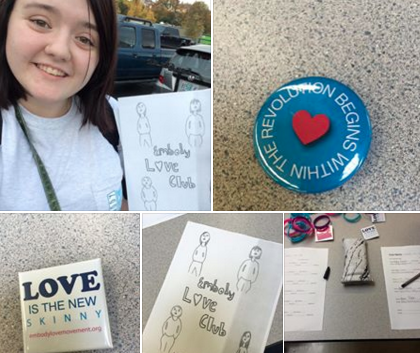 Ashley from Oregon, 16, recently started an Embody Love Club, as part of Embody Love Movement, which she first learned about at YEA Camp. The club helps promote positive body image and self esteem.

Ashley also writes for her school newspaper about social issues, and she is publishing a book that is a collection of literature entirely written by youth! If you know a teen who is interested in contributing, check it out here. Wow, Ashley!

As we reflect on all we have to be grateful for, we wanted you to see just a fraction of what you have helped make possible. 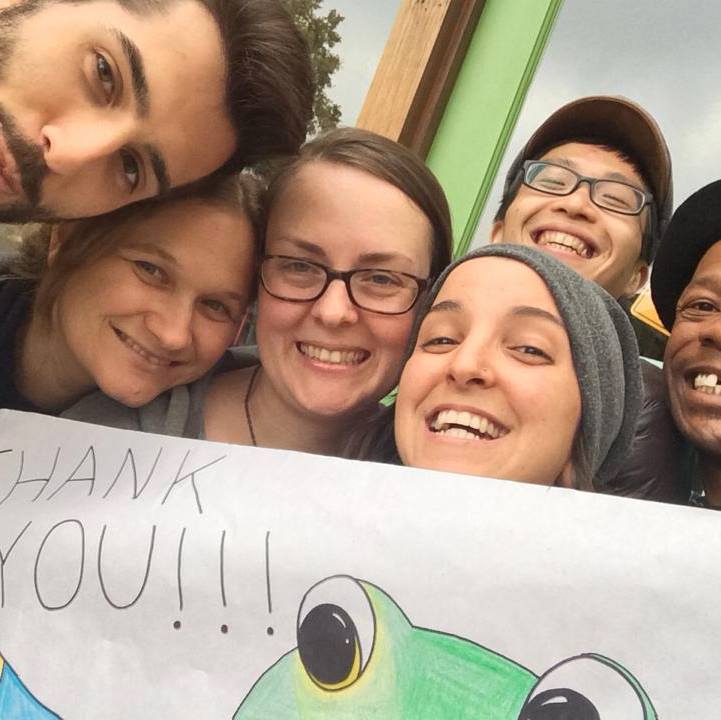 YEA Camp is made possible by so many people who contribute their time, money, heart, and energy to this labor of love, helping young people make a bigger difference on causes that matter so much.

We will be announcing our 2016 dates and opening up registration for next summer, as well as sharing some exciting new plans, very soon. In the meantime, THANK YOU for everything you do to make our world a better place!